This year Ministry of Finance, GOI reverted to the tradition of bringing out Volumes 1 and 2 of Economic Survey at the same time.
Volume 1 of Economic Survey contains the analytical overview and more research-cum-analytical material whereas Volume 2 provides the more descriptive review of the current fiscal year, encompassing all the major sectors of the economy.

Economic Survey represents the ministry’s view on the annual economic development of the country and it is prepared under the guidance of the Chief Economic Adviser, Finance Ministry.  This document is presented to both houses of Parliament during the Budget Session.

Finance Minister Arun Jaitley has tabled the Economic Survey of India 2018. India’s GDP is estimated at 7-7.5%. 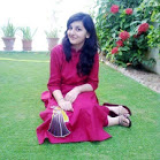 I express here what I face in my daily life, what I see around me, what I think and what I feel i.e. EXPERIENCE of LIFE.