The vagrant illegal immigration into the Indian State of Assam is an issue that has been going on unchecked for decades with a wide socio-cultural, demographic and geopolitical ramifications. The process of preparation of National Register of Citizens (NRC) in Assam was started in 2005 with a view to identify the illegal migrants and restrict further illegal migration but the protests by minority communities led to the halt of that practice.

However recently the first draft of the updated NRC of Assam was published which is an important milestone in dealing with the influx of illegal migrants from Bangladesh into that state. The objective behind updating and publishing NRC is to compile a list of the names of genuine Indian citizens residing in Assam and detect foreigners (read Bangladeshis) who may have illegally entered the state after March 24, 1971.

There was a long standing demand of the Assamese people to detect and deport illegal Bangladeshi migrants from their state. Their demands are genuine and the idea of updating the NRC was not a bad initiative prima facie but NRC is not the panacea for illegal migration and other more efficient measures should be thought out to solve the menace of immigration. And what if Bangladesh will not ready to take those migrants, as India has no deportation treaty with Bangladesh. Those people recognised under this exercise may be deemed stateless and as per deportation norms, they will be sent to Border Areas and they may be deprived of their Basic Human Rights.

The publication of the updated NRC is indeed a positive step but there should be a redressal mechanism of all the pitfalls in this process to make it fruitful in the real sense. 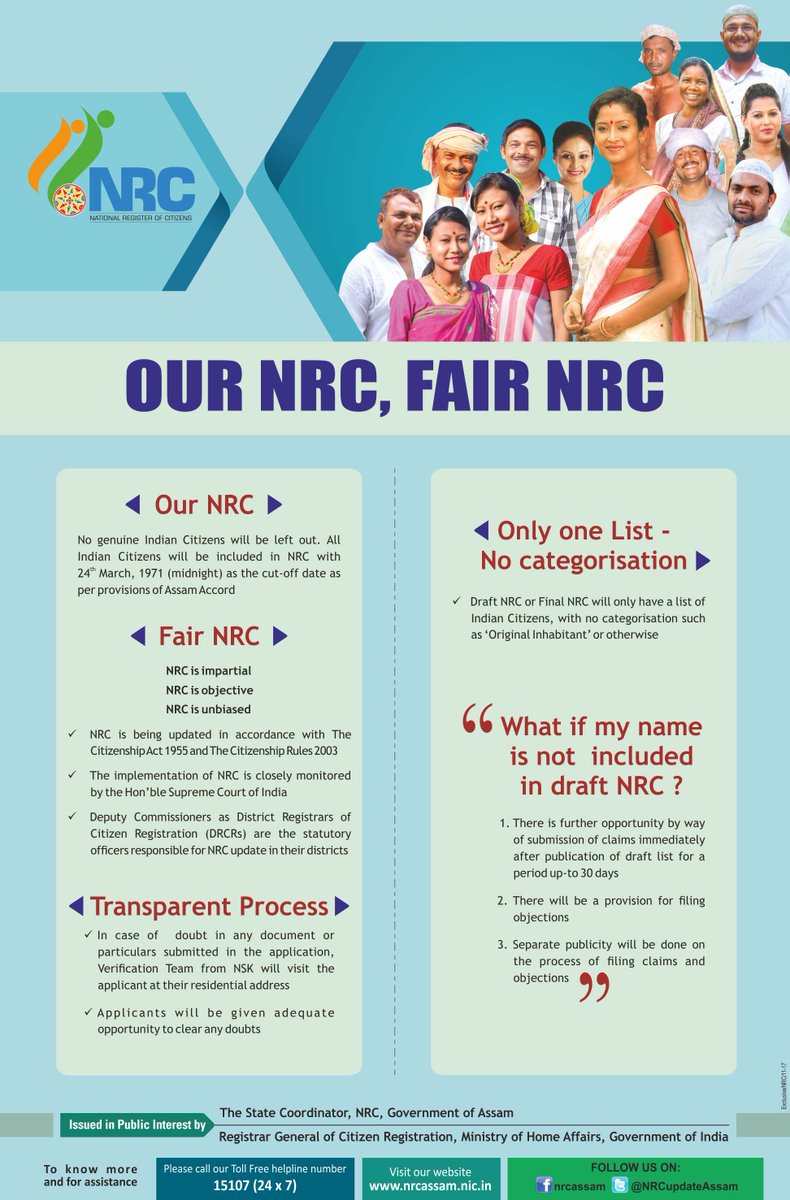 Founder of Reignite Twenties
Resides at The Hague

An educator & writer who preferably scroll on societal issues. An acute life observer, passionate about learning and sharing knowledge; A friend of environment. Believes in the liberating law of the spirit of life

8 replies on “National Register of Citizens: A Way to Segregate Illegal Immigrants From Original Inhabitants”

Genuine Indian citizens need not to panic. Its totally fair.

Seems Illegal Immigrants is a bit of a world-wide challenge