I do not know if I should have asked her for that or maybe I was getting her wrong but it was the first thing that came to my mind.. When I came back home I recalled our conversation, every single word that she spoke to support her argument of being single. Was she just saying that because she fears breaking her heart or she actually gave into her physical stirrings or may be because she’s a loner n don’t want anybody to intrude into her life?

I don’t know why is it that when people get to know of a woman’s single status and that she’s not dating anyone and haven’t been involved with a man in the longest time, they immediately think it gives them some sort of a license to ask her about her sex life, almost always adding patronizingly that a woman must have natural physical needs.

I recalled one incident in my office where a married man came to one of my colleague saying that he knew she was lonely and that he was too, when she asked him to back off he replied that his wife wasn’t sexually satisfying and since he assumed they wanted the same things – he was suggesting a ‘discreet’ fling. Does being single mean sexually available and internally frustrated?

I remember that incident clearly and I am afraid to back my friend’s decision, seriously. I think I need a break.

What would you say? 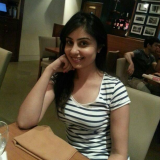 8 replies on “Being Single! The Darkness In My Own Sex (Part 3)”

Inspired by “MY LIFE MY CHOICE” . Nice Article.

Thanks but not actually 🙂

I know few people around me who’re single and I don’t find it embarrassing at all, what actually saddens me is when people get married and then separated or divorced. What matters more in life is to be happy with what we have right now. God is so faithful, he will take care of everything so being single actually allows people to know them better, otherwise it is bondage to think we are required to be tied to someone to be complete.
Remember! Everybody who is single is not lonely and everybody who is married is not happy.
Single is the New Fabulous!
Thank you so much for sharing this article.

I guess it depends a lot on context. If my friend were saying they wanted to be single forever and felt bad about it that might lead the conversation one way: Either toward helping resolve issues preventing them from finding someone or more likely helping them be OK with being single and patient.

On the other hand if the conversation were “Hey, this single life is pretty good, I think I’ll stay this way.” then I’d be supportive. I know lots of folks who are my age or older who are happily single by choice. I’d also figure that if they were happy with their choice that one way or another they had their needs taken care of in a way that worked for them.

In a number of cases in both examples, women I know who choose to stay single have done so because they’ve a set of standards, particularly in how they’re treated that they aren’t willing to compromise. As someone who watched a number of friends get married to folks they settled for and then have them end up really unhappy (or worse) not long after, I really support folks who decide to hold off on getting married until they meet the 100% right person – even if that means not marrying.

I appreciate your response Todd, Being single is highly debatable. I think singles are disadvantaged with respect to social engagements among their married couple friends, Who wants to be a third wheel? While a truly independent lady may have more time and freedom, she also has no one to take care of her when she’s down and often no date on a Saturday night — not to mention New Year’s Eve!