BENGALURU HAS ATTRACTED MORE ENGINEERS THAN DELHI & MUMBAI, WHY?

Umm, IT policy was first introduced by Karnataka govt. in 1992.. So? ..It is the Aviation Capital of India.. They easily accept migrants  … Hell!

Tech cities do not come out of the blue, there is enormous effort and money involved in there making. Bangalore (Bengaluru), The Silicon Valley of India was made to what it is today due to the work from ages..

Here are Some Reasons..

Bengaluru is a diverse outsourcing hotspot- The Silicon Valley of India has moved from delivering volume based work to IT, ITES, KPO and other technology related services; and has become best outsourcing hotspot of India.
Research based platform- It is the ‘science centre’ of India with over 100 R&D centres.

{ And you know Bangalore was the First city in Asia to be electrified in 1906 owing to the Shivasamudram Hydropower Plant, City also boasts good urban infra,public transport… }

{ NH44(longest NH), Developments of Konkan Railways and Golden Quadrilateral both pass through the Bengaluru- attracts student from nearest-distant cities/states -more..  }
Climate: due to proximity of sea, Bengaluru has soothing climate throughout the year.

{ Cum’on  where there is employment people will definitely go there…

But climate affect people life in longer terms… }
Education: Bengaluru was always a great education hub. Government has even expanded its’ colleges reach worldwide through exchange programmes.
Culture: Bengaluru was a highly cosmopolitan area even before it became the IT capital of the country. Even in the 70’s and 80’s, there was huge linguistic diversity, people could not only communicate in South Indian languages but also well versed in Hindi and English too.
Nature of people: by nature, people are welcoming and relatively easy going. They are not aggressive and welcome new comers and new ideas easily.

Close Proximity to other Metros like Chennai, Hyderabad, Mumbai.

Okay, So How it Impact Indian Economy? 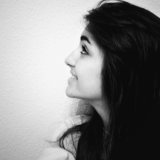 I am from Jaipur, Rajasthan. I have done B.Sc. from Mithibai College Of Science, Arts & Commerce Mumbai, India. My mission in life is not merely to survive but to thrive.

7 replies on “WHY BENGALURU”

I feel that it is partially true but I don’t feel the same case for mechanical engineers…..as we don’t have the same kind of opportunities but yes for the software it’s a performance based growth place to stay…

I agree to you brother, Bangalore is IT hub but progress is performance based here. Nice Article

.me too is my favourite reply..hahaha..irrespective to the contest of reply