This is an expression frequently used in American English in informal contexts. When you throw your friend under the bus, you betray him; in order to save yourself from the trouble you are in, you sacrifice him.

Be careful. Rajiv will throw you under the bus when you stop being useful to him.

The media have accused President Trump of throwing several of his top advisers under the bus. 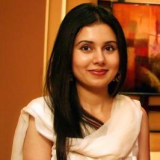