The one of oldest civilization(Indus valley civilization) of the world that was used to worship woman, is now facing the severe problem on women`s dignity in the form of Triple Talaq. A land that has been famous for its religious diversity, is now in the fist of religious rigidness. The minority women in India are facing the problem of Triple Talq.

Triple Talaq is a process in muslim community in which a husband can give divorce to his wife just by chanting word “Talaq” three times. This is something like their marriage ritual where husband gives his accent three times in the process of accepting a girl as his wife. But these two process are slightly different as woman`s accent does not matter in the first one but it matters in the second one.

why woman have been considered inferior in the “Talaq” process ?

Is it so easy for one to divorce one`s wife just by chanting a word simply for three times without any intervention of executive or judiciary?

Does law allows a man to do this or this is something which is practiced in the religion everywhere all over the globe?

The people who practice it claim that it is mentioned in holy Koran. But there is nothing in the Koran that allows a man to play with a woman`s dignity. Even no religion has such kind of things mentioned in their holy books. Some people claim for polygamy further giving many examples including prophet Mohommad himself.

But it is different in today`s perspective. Polygamy & Triple Talaq are two different issues.

Such kind of practices against women are there in other religions also. One illustration can be taken as “Sati Pratha” in Hindu religion in which a wife needed to be jumped in funeral pyre alongwith her dead husband. Though this bad practice is fully eliminated, but still many such practices exist in our society behind the curtain.

There is no uniformity in the practices of rituals in the society thatswhy there is an urge of an uniform civil code, mentioned in the article 44 of the indian constitution.

women are not just the toys of hands of the rituals that have been made by the so called holy priests. There should be equality in marriage rituals too. Executive & judicial intrusion in social rituals ( marriage, divorce, polygamy etc) is the need of the hour.

Triple Talaq has developed a negative mindset among the people. An revolutionary attitudinal change in the society can eliminate the devil.

After all women are the substitute to life & pride to one`s place.

Is it not our duty to save our pride? 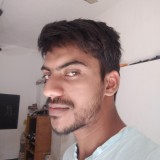 I am looking straight towards the moon, yet noticing pretty stars too. Read me Thoroughly at my digital home called Blog.
type in search engine - https://avdheshdadhich.wordpress.com

[…] August 22, 2017, the Supreme Court of India proclaimed a verdict, wherein the misuse of triple talaq practice prevalent in the Indian subcontinent was criticized and ruled against. Primarily, the […]

Thank you so ..so much sir, please post such articles. Highly Obliged.

Avdhesh, i understand your perspective on triple talaq, and I stand by your take. But to think from a liberal point of view and your personal growth. Don’t use metaphors to compare women, not even in a metaphysical manner.

It’s a question about right and equality. The practice of triple taaq is wrong, but calling women as pride and something to be protected upon is a wrong practice in our society.

They are independent and strong gender fighting for their personal rights. We are here to support them in achieving justice. Lets not reduce this empowerment by bringing them within the paradigm of protection or a metaphysical sense.

I will keep this in mind while using metaphors.
Thanks a lot for critical evaluation .

My pleasure Avdhesh. You have a bright future ahead.
Good luck.

Thank u for kind words.
Pleased 😀

The Q’ran seems to be blamed for containing a lot more than it actually does. It’s good there’s a voice of reason to say “The Q’ran doesn’t say that”. So many Imams are illiterate they have learned by rote instead of being able to read and translate for themselves and stories get passed on they cannot dispute..
Hugs

This is the irony with religion.
Thank u for reviewing….